Home » One does not simply walk into Mordor

Whatever you put your mind to, believe me, you can.

I have had this particular track on my bucket list for quite some time now and every time “something” managed to wiggle it’s way between me and this desire. (better said: I allowed it to…)

What adventure am I talking about here? Well, climbing Mount Tongariro – an active volcano here in New Zealand.

Yes, it’s next to Mount Doom from Lord of the Rings (locally known as Mount Ngauruhoe)

This hike would be one of the biggest ones I have ever done, almost 20 km in length (12.5 miles) and going up to 1886m. (well over 6000 feet) at the Red Crater. — Well maybe Rincón de la Vieja in Guanacaste, Costa Rica was compatible, but that was almost a lifetime ago now —

On January 10th I set out with my 20 year old son and felt pretty excited about this trip. Still, there was a small voice in my head creeping in and worrying about weather conditions and even doubting a little if my knees would make it.

We went to sleep early to have a good night’s rest. We would walk on January 11th. I chose a magical number, I’m all into the numbers supporting me ….. 01/11/22

In the morning there was a thick fog, we could hardly see ahead of us ….. the little voice came back to worry… My son kindly told her to shut up. I agreed, she had to stop worrying. Stay behind, I would go no matter what.

So off we went in the early, early morning and of course the fog lifted to present us with a most glorious day!

I’m not here to tell you it was easy, because it wasn’t.

It was pretty tough in places.

I’m here to tell you that I did it.

I put one foot in front of the other.

I told myself to breathe.

I stopped when I needed a rest.

My son asking if I were tired? Me answering him that I was only out of breath for a bit.

(He said it’s the same thing, I believe there is a difference.)

Anyway, I gave myself permission to stop, have a little breather and another sip of the 3 liters of water I was carrying and move on again.

Just 6 hours and 15 minutes later, I had literally conquered a mountain!

Way quicker than anticipated. The guidebooks say 6-8 hours and I had expected to be on the slower side. We stopped for photos, we stopped to catch a breath, have a snack and drink. We kept going step by step and made it.

My knees? They were fine. My muscles? They are fine. No muscle ache even the day after or today (=the second day after) I feel energized beyond belief.

I’m here to share with you that I now know for sure that I can still do hard things.

More importantly, that you can too. Just begin and take one step at a time.

Next month I’ll see a significant birthday and I feel GOOD! They’re all just numbers anyway. Feel into YOU, feel into your heart and soul and Just Begin and live an Inspired Life! 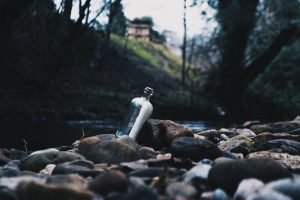